Whilst Christopher Columbus is widely credited for discovering America, as he sailed the Atlantic en route to the Far East, the continent was actually discovered by the Italian explorer Amerigo Vespucci, and was named after him – a little known fact to most, but we love to give you these little nuggets of information, to pepper conversations! North and South America form an enormous continent, spanning 9000 miles from the most northern outpost of Greenland and Canada to the most southern tip of the Chilean islands, spanning both hemispheres, and every single climate, from arctic to tropical. Nestled within this massive continent, lie two wine producing swathes of land one in north America, one in south America, both producing a myriad different styles of wine.

Let me take you on a whistle- stop tour of this fascinating continent from a wine perspective.  Canada is famed for its ice wines, where tiny proportions of frozen grapes are picked in the snow in January, with each tiny drop of concentrated, ultra sweet nectar, contributing to wines of intense concentration and swooningly irresistible lusciousness. Try Peller Icewine Vidal, with its intense honey and caramel tones, lifted by notes of candied orange and lemon peel. 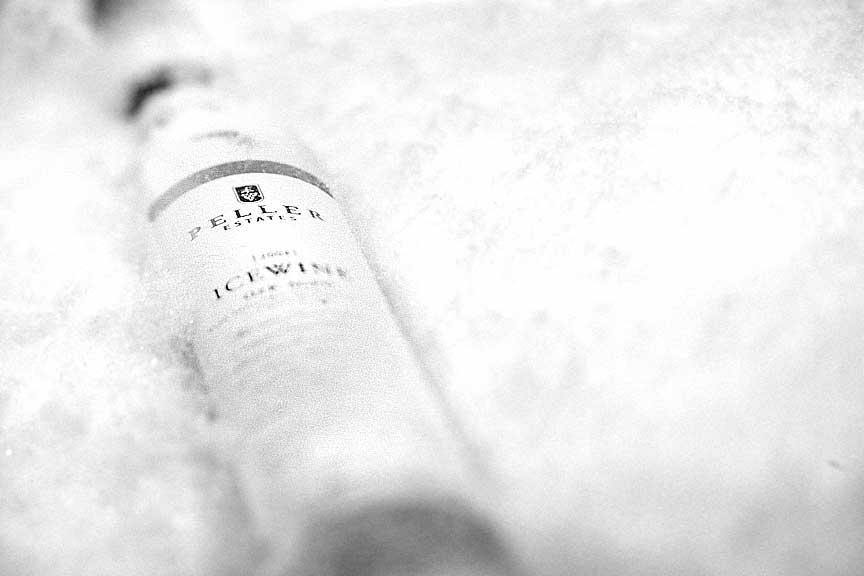 Moving south west, Columbia state and Washington state are the best known wine regions of north America, their cooler climate suited to the more fragile and temperamental grape types, which need careful nurturing, such as Riesling and Pinot Noir, as well as cool, elegant versions of Chardonnay, Cabernet and Merlot. Established in 1934, the beautiful estate of  Chateau Sainte Michelle, was the founding winery of Washington State. Their multi- award winning wines shine with class, poise and restraint; a top favourite is Chateau Sainte Michelle Dry Riesling, a drier style than many Rieslings, with deliciously fresh  nectarine and citrus notes, floral aromas and a mouthwatering twist of lime on the finish. Perfect with smoked salmon, and mild thai and Indian dishes.

Onto the most famous of North America’s wine producing regions, California, which produces wines of the most extreme variation; home of the big, amorphous, bland and sometimes simply awful big brands, from the Central Valley, but also to the carefully crafted, refined, complex and mesmerising wines of Napa Valley, and Sonoma County, to name but two.  The climate is hot here, although benefits from the cooling breezes and cold air wafting in from the San Francisco Bay.  This is where the sun babies of grapes thrive, grapes that like sunshine and heat, as well as the cool of the night, such as Chardonnay, Cabernet Sauvignon, and America’s ubiquitous grape, Zinfandel. My two choices, amidst a myriad of options are Cannonball Chardonnay, a shimmering golden wine, packed with peach and pineapple aromas and flavours, with a rich, underlying layer of vanilla and subtle toast, yet with incredible freshness. Perfect for roast chicken, baked salmon and the BBQ season.  Another firm favourite of mine is Rancho Zabaco Zinfandel, a red wine of voluptuous softness and depth, with intense flavours of raspberries and spice, with hints of dark chocolate, and a seductive, velvety charm. No harsh edges on this one; try it with steak, spicy curries, duck or simply a chunk of your very best cheddar. 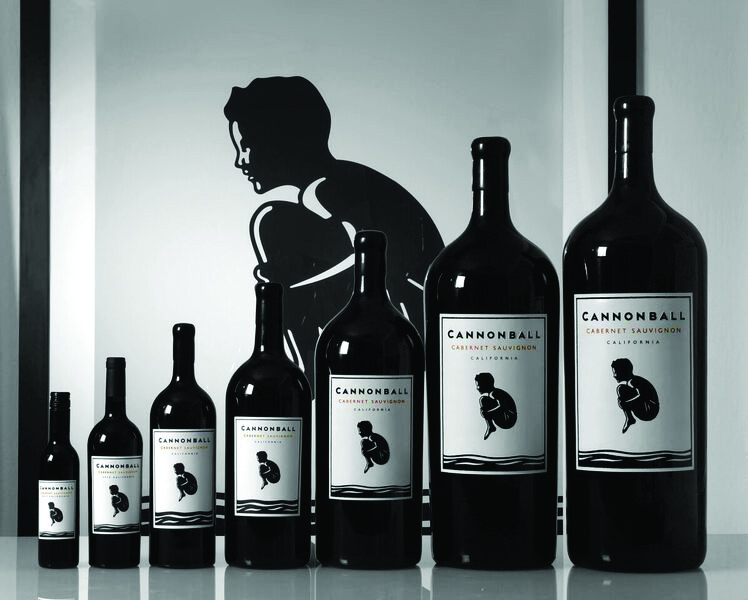 However there are more maverick wines to discover, and new areas of California to explore. J Lohr Wildflower is arguably the epitome of this with winery founder Jerry Lohr, buying land in the lesser- known regions of Monterey County and Paso Robles, and playing around with a mix of grapes until he found the optimum ones for his land. The Wildflower is a soft, juicy red, from the little known Valdiguie grape, light, fruity, and not dissimilar in style to Beaujolais, so for those who like a lighter style of red, this is the one for you. Spilling over with bright and breezy red berry flavours, and a delicious lightness; serve this chilled, to bring out the flavours.  Perfect with an alfresco platter of charcuterie and cheese, slow roast pork, and spicy chicken.

The two countries could not be more different; Chile, a long, thin strip of land, nestled against the Pacific ocean, spanning over 2500 miles from the arid, desert-like north, to the fjords of the far south of Patagonia, home of dolphins, whales and penguins, whilst neighbouring Argentina , with Mendoza at its vinous heart, boasts everything from mountains, to the broad, flat plains of Las Pampas, home of gauchos and polo players, close to the vibrant city of Buenos Aires. The character of the people differs, as do the styles of wine.

Whilst a high proportion of Chilean wine is produced in an area centred on Santiago, there are some outposts, which are producing world class wines, in different styles. 470km north of Santiago, lies the Elqui Valley, Chile’s northernmost wine producing region, with vineyards planted on hard rocky soil, often with the odd cactus plant for company.  One of the most famous wineries is Vina Falernia, a wine producer established in 1997 by maverick north Italian winemaker Georgio Flessati, who left the sophistication of his home to blow up rocks in a desert, and help create vineyards, which now produce world class wines, with vineyards rising from 350m, to 2000m, some of the highest vineyards in the world. Georgio makes wine with passion and with natural skill. The Falernia range is broad, but I find myself drawn each time to Vina Falernia Carmenere Reserva, a deep, intense red, made from Chile’s national grape Carmenere , but imbued with a touch of Georgio’s north eastern Italian roots, in a style reminiscent of Amarone with a proportion of the wine made from grapes that have been dried and concentrated to add richness and depth.  This is a huge wine, yet one with an irresistible softness, sensuous and beckoning in its depth and richness; crammed with intense flavours of super-ripe forest fruits, and overlaid with a smattering of warm spice and dark chocolate, it has a boldness; and a sweet core of fruit, which seduces. Plump and voluptuous, its velvety depth entrances. Perfect with BBQs, rich stews and slow-cooked lamb, its also a red to relish simply on its own, with a slab of top notch cheese.

Moving southwards, and westwards, but still north of Santiago, lies the Leyda Valley, and the premium region of Casablanca, increasingly celebrated for its crisp, edgy whites, and gentle, soft Pinot Noirs – another cool climate area, within just a few miles of the Pacific. Here Vina Leyda creates magic with an arsenal of wines, including Vina Leyda Sauvignon Blanc Reserva, with its punchy, green apple and passion fruit verve and freshness, packed with hints of herbs and lime, with a minerally sea salt tang. It also happens to be fabulous value, at a mere £10.50, so if Sauvignon blanc is your thing, but you fancy a change from New Zealand, this is a worthy fridge staple for day to day drinking, especially in Summer. Enjoy on its own, or partner up with the freshest of seafood, pan-fried sea bass, and simple vegetable salads; pretty smart with baked goats cheese salad also.

On the red perspective, another one for those who don’t like heavier styles of red – Vina Leyda Pinot Noir Las Brisas, a silky soft, enchanting, heavenly red, bright and juicy in style, crammed with lively, sweet  strawberry and raspberry fruit, with captivating aromas, and a gentle elegance of style. Chill this right down in the summer and enjoy on its own, or with a whole variety of dishes; its natural sweet ripeness makes it a perfect match to counter balance the spicy heat of Indian and Asian dishes, whilst it’s also a great red to try with fish, especially meaty fish such as swordfish and monkfish. 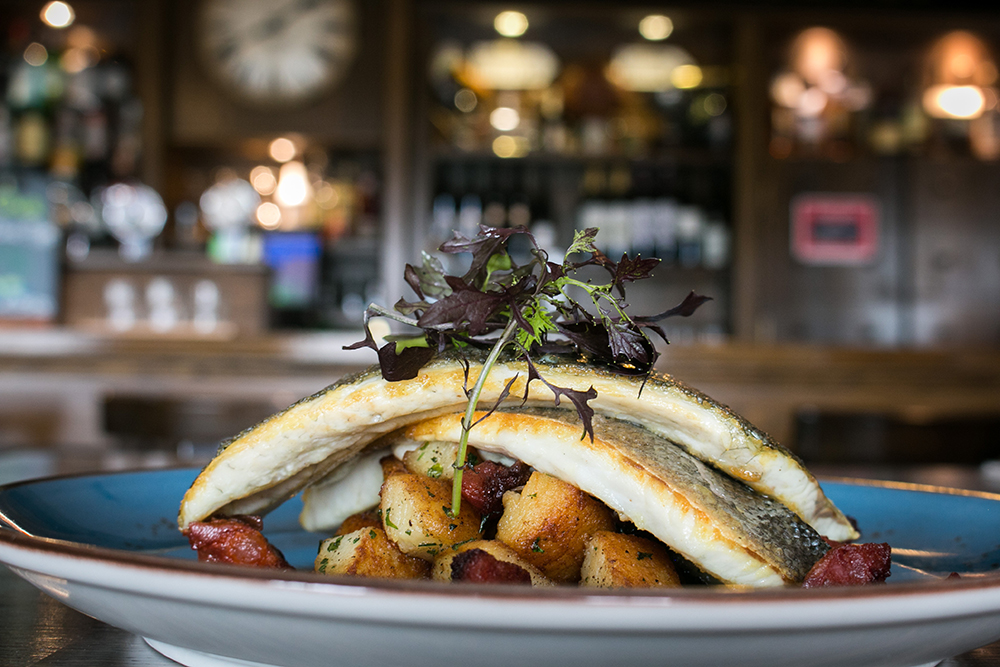 And so to Argentina, one of my very favourite wine-producing countries, which seduced me on the very first of many visits.  A country of passion,  from the steamy tangos of Buenos Aires, to the passion of some of the most engaging winemakers I have ever met; 25 years ago, this country was only just dipping  its toe in the world of international wine,  with a tiny market share.  Fast forward and Argentina’s national grape, Malbec has become an international sensation, with sales rocketing, as more and more wine consumers embrace its full bodied, brooding style.  Today, there are a myriad different styles of Malbec, as winemakers explore, and plant vineyards higher and higher in the mountains nestled beneath the majestic Andes.

But once again, there is far more to Argentinian wine than Malbec, lesser known, but equally delicious, which need to be discovered. Sticking with reds, branch out towards a slightly softer, velvety soft style, made from the Bonarda, still relatively unknown in the Uk, but the most widely planted red grape in Argentina. Estacion 1833 Bonarda, Trapiche, is a perfect example of this succulent, perfumed style, supple and generous with notes of violets and plump  forest fruits, still full-bodied but in a softer style than Malbec. Enjoy its richness on its own, or with baby lamb chops, spicy beef skewers and beef fajitas. Also worth a try is the peppery spiced Estacion 1833 Cabernet Franc, another delight from Trapiche, Argentina’s largest wine producer. There is a lovely freshness to this wine, which weaves its way through the dark, brooding fruit and spice, warm and inviting with a swirl of milk chocolate through its core, beckoning and sultry in its depth. Barbecued leg of lamb, peppered steak and spicy beef and black bean stir fry would all work well. Both these wines also offer incredible value for money, punching well above their weight in terms of character and depth of flavour. 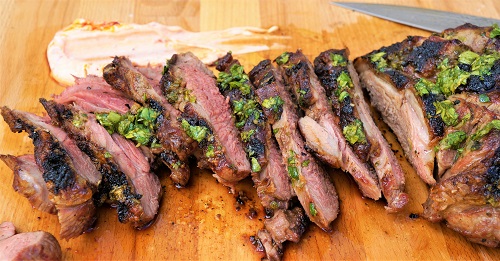 Whilst the country is better known for its reds, Argentina also produces a host of white wines, including the ubiquitous Chardonnay and Sauvignon blanc. But its national white grape, is the fragrant, perfumed Torrontes, a wine still relatively unknown in the UK. Highly scented, it bursts over with aromas of honeysuckle, lychees and rose petals, and drenched with intensely fruity flavours. In the past there was a tendency for Torrontes to be heavy, and lacking in acidity, often with too high sugar levels; however styles have evolved, and Don David El Esteco Torrontes, is a perfect example of this new style, fresh and lively with lime peel zestiness, and racy acidity. Although relatively unknown, it’s a well hidden secret that this style is one of the very best ones with spicy food, such as chilli prawns, goan fish curry, and tandoori chicken.

From the north to the south of this vast continent, there are jewels of all styles and quality levels to be discovered.  Enjoy!